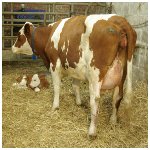 In early August, a Brazilian judge suspended the use of the pesticide, which is widely used for soybeans and other crops, halting its use for 30 days while the government evaluates the carcinogenicity of the product.

“We believe that they will be able to appeal this week and will succeed,” Siqueira added.

The Brazilian agriculture ministry told Agricensus that the product is key to the nation’s agroindustry and that the impact of a permanent ban will be “gigantic” on its annual output.

The ministry will work closely with the Attorney General's office to overturn.

“Glyphosate makes it viable for us to plant and grow crops. What is the alternative?,” Maggi asked reporters.

The chemical is key in sustaining Brazil’s annual soybean production growth, fuelling bean exports worth nearly $26 billion in 2017, with the country keen to capitalise on protein-hungry China's efforts to secure more beans from non-US origins.

Meanwhile, Brazil has also committed to up its biodiesel mandate to B10 while its soyoil and soymeal exports are on the rise, boosting domestic crush rates and bean demand.

“It is key to the industry,” Siqueira said.

“We can't plant the new soybean crop without glyphosate - and farmers have already bought all the inputs, including glyphosate. 95% of our soybean production is no-till [farming] and it's impossible to do that without glyphosate,” she said.

The ruling in Brazil came just after a judge in California ordered glyphosate-maker Monsanto, owned by German chemical giant Bayer, to pay $289 million in damages to a groundskeeper who argued use of the product had triggered his incurable cancer.

The case reignited controversy around the globe with the long-debated safety of the product pushed back up the political agenda.

The French minster of environment said he hoped the US case would end political indifference, while the German government hinted it would phase out the use of glyphosates within three years.

Monsanto’s Vice President Scott Partridge said they will appeal the case and will “continue to vigorously defend this product, which has a 40-year history of safe use and continues to be a vital, effective, and safe tool for farmers and others.”