Brazilian consultancy Trigo & Farinhas has updated its projection for Brazil’s wheat crop with 1.5 million metric tons less than the previous National Supply Company (Conab) estimate. The 13.83 percent fall is attributed to the recent rains in the southern part of the country. 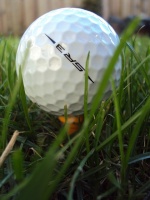 Nationally, maximum temperatures were 3.44 degrees above average for October, eclipsing the previous record deviation of 3.41 degrees set in September 2013, the bureau said its monthly climate report.

The unusual heat was even more notable for mean temperatures, which take the average of days and nights. Last month was 2.89 degrees warmer than the long-term average, beating the previous record mean anomaly of 2.75 degrees, also set in September 2013. Minimum temperatures, too, set a new high for the month.

Almost the entire southern half of the country posted record heat during October.

"The extreme monthly anomalies were a result of exceptional early-season warmth at the start of the month and persistence of above-average temperatures throughout the month as a whole," the bureau said.

Compared with the previous warmest October in 1988, last month was 0.7 degrees warmer.

"Certainly it's an October that was hotter than most Novembers," Karl Braganza, head of climate monitoring at the bureau. The national mean temperature came in at 25.6 degrees.

The large El Nino event in the Pacific is one influence driving the warmth, as are conditions in the Indian Ocean that have favoured a reduction in rainfall. With less rain, evaporative cooling is reduced, allowing temperatures to rise further.

Last month, rainfall was 53 per cent below average nationally, extending the dry spell for many parts of eastern Australia, especially in Victoria and Tasmania.

The combination of summer-like temperatures and dry conditions is expected to prompt fire authorities to update their seasonal outlooks, with more regions likely to face a busier-than-usual bushfire season.

"September and October will have a significant impact on the subsequent fire season," Dr Braganza said.

Some Victorian farmers are saying that this year is the worst since the 1982 drought, with only current farming practices saving them from a complete crop failure.

The current rainfall event will help restore annual rainfall recordings to more normal levels, but will do nothing to help deliver a bigger, high quality wheat crop.

There will be production and quality losses to add further to the woes of growers.

We will have to wait and see what the full impact on crop quality will be as harvesters roll again next week, but it will be unusual if we do not see a spike in deliveries of sprouted grain.

There was also no guarantee that protein levels were going to be exceptionally high either. With cropping rotations closed up, and a greater reliance on applied nitrogen, a lack of rainfall events to mineralise nitrogen at the correct time can leave crops in the lower protein band despite dry conditions traditionally delivering crops with higher protein levels.

It now seems fairly sure that the domestic feed market will have a range of grains to source from, including small, light weight, drought affected wheat and barley, lower protein wheat, and now a high probability that sprouted wheat will be added to the mix.

The lift in feed grain supplies might see the spreads for lower grades of wheat open up, and while that might appear to be falling prices for feed wheats, it may actually reflect a lift in the price base for APW and higher grades, much as we saw in 2010.

At this stage US futures markets have been watching the Australian weather forecasts, adding potential concerns to the weather issues from dry conditions in the US and Former Soviet Union.

There are concerns that the Argentinian crop estimates might also be easing.

For the week ending last Friday night, December futures had their strongest weekly gain in four months, and closed above the 100 day moving average for the first time in 3 months.

Here in Australia our cash market has not followed in full, as basis levels eased despite the confirmation of very low yields in Victoria, and the threat of rain leading into this week.

If the rains do end up being as forecast, we might see some support for US futures again this week, with prices for APW and better grades reflecting that upside, while lower grades of wheat stagnate.